This post outlines the new feature of PowerShell Pro Tools and PowerShell Universal that have been added in the October 2021 release cycle.

We have released new versions of the entire PowerShell Pro Tools suite of tools. Most of the tools contain small features and bug fixes. The PowerShell Tools for Visual Studio extension has had some big features added.

PowerShell Tools for Visual Studio now supports Pester version 3 through 5. The discovery and test execution works within the Test Explorer.

For the full release notes for PowerShell Pro Tools, visit our documentation page.

The October release of PowerShell Universal provides many new features built into the existing feature groups. See below for some notable examples.

You can now organize scripts into folders. PowerShell Universal now provides both a folder and list view of the scripts page to make it easier to organize and locate your scripts.

Tag support for APIs and Dashboard

You can now tag API endpoints and dashboards. Tags also allow for filtering by tag to make it easier to locate entities in tables.

You can now view the modules that are currently installed into each environment within PowerShell Universal. This is useful for ensuring that the functionality you expect in each place is available. 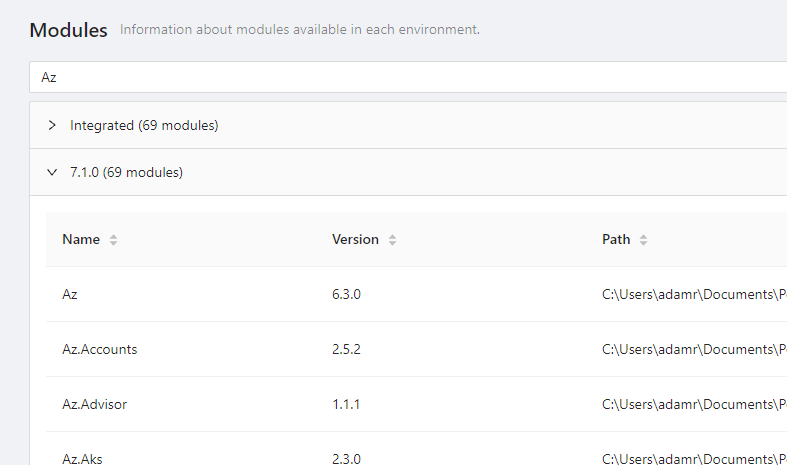 PowerShell Universal now has a home page that provides information about the platform. You’ll be able to see information such as jobs executed, APIs defined and whether the system is licensed.

We’ve added 6 new form controls to pages. You can now use the following in our forms.

You can now define button columns for tables. When clicking the button, it will execute an API or script and pass the selected row as an $InputObject variable to the target.

Pages now support using external APIs for controls like forms, buttons and charts. You do not have to use an API that is defined within PowerShell Universal but can type in any API you like.

The setup cmdlets that are part of the Universal module have been enhanced to support more scenarios for installation. Install-PSUServer can now install the server as a Windows service, Linux systemd service or as an IIS website. The module also now supports Update-PSUServer and Remove-PSUServer.

PowerShell Universal license holders will now be able to generate developer licenses from their production licensed instances. Developer licenses can be used for local development purposes. They enable all the features but do not allow for remote access. This is useful when you want to develop a feature locally before deploying it to production or your QA environments.

For the full release notes for PowerShell Universal, visit our documentation page.

If you have feedback, please post on our forums or open an issue on GitHub.