This post outlines the new features of PowerShell Pro Tools and PowerShell Universal that have been added in the September 2022 release cycle.

Support for Switch parameters in Convert To Splat

PowerShell Universal 3.3 is the next release of the latest and greatest version of the platform.

PowerShell Universal Dashboard now provides hundreds of built in themes. You can read more about the new themes here.

Merge of UniversalDashboard and Universal Modules

PowerShell Universal was built on the foundation of PowerShell Universal Dashboard and until now, they have been distributed as different modules. As we evolve the platform, we have merged these modules into a single unified module to simplify installation and development.

Specific and All computer job queues

PowerShell Universal now supports specific and all computer job queues. This means that you can run scripts on specific machines ad-hoc or with schedules. Additionally, you can schedule scripts to run on All Computers to allow for operations like caching local data required by other resources such as dashboards and APIs. By default, jobs and schedules will run on the default queue, which will run jobs on any available server.

Write-PSUError allows you to capture errors without affecting the overall result of the script. For example, you can throw an exception, catch it and then write it to the job’s error pane by using Write-PSUError.

Schedules can now be run on demand. This is especially useful for debugging schedules without having to wait until they fire. 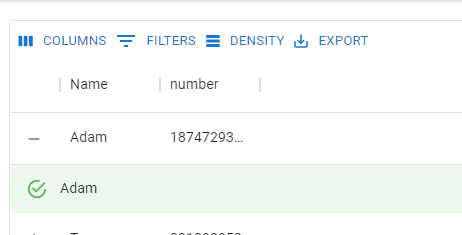 New-UDDataGrid now supports editing. You can use it to update rows in a data source like SQL and even return transformed data back to the data grid.

Using the new advanced dashboard editor (currently in beta), you can search for icons available within PSU.

Demo mode is now what is behind demo.powershelluniversal.com. It comes pre-configured with many resources and provides a readonly experience for demonstration purposes.

PowerShell Universal now starts up asynchronously. This ensures that the service and web server are available as quickly as possible. You’ll more quickly be able to access the server and see the startup progress. 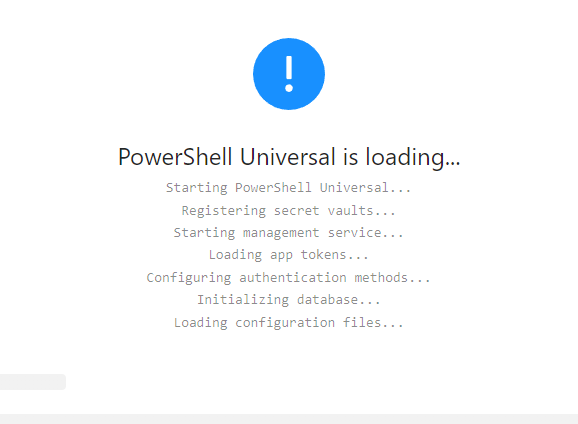 A new configuration file as been added that allow for execution of code before any PowerShell Universal services start up. Unlike the startup trigger, this runs before discovery of modules and secrets to allow for you to install modules or configure vaults.

PowerShell Universal can now leverage an external git client rather than using the built-in library previously used to perform git operations. You can install and configure the git environment to use options such as SSH keys and then PowerShell Universal can take advantage of the system’s configuration without having to pass credentials. This also runs all git operations in the external git client process to provide additional stability to your PSU service.