I’m very happy to announce the release of PowerShell Universal v2.0! 🎉 This release is a major step forward for the platform. It introduces a redesigned admin console, an integrated script environment, enhanced role based access controls for scripts, and more!

We have a completely redesigned admin console. The experience is more consistent, supports a dark theme, and is optimized for speed.

PSU 2.0 also provides a new integrated environment for scripts. This is now the default configuration for PSU. It uses the PowerShell environment directly within the PSU server and does not start external processes unless you configure it to do so. You’ll still be able to use which ever PowerShell version you would like. The integrated environment is faster because it doesn’t need to communicate over interprocess communication. It’s also simpler to configure since you only need to start a single process.

We’ve introduced a new RBAC system to allow for more granular control of who has access to which scripts. It also introduces finer controls on who can view, edit, create, delete and execute scripts. You can also tag scripts and then assign access controls to tags. This access control system will soon be available for all resources within PSU. While these controls aren’t yet available in the admin console, you can still configure everything using some basic cmdlets.

The admin console and Management API now provide notifications when certain actions are taken within PSU. You’ll see a badge in the top right corner with any new notifications. 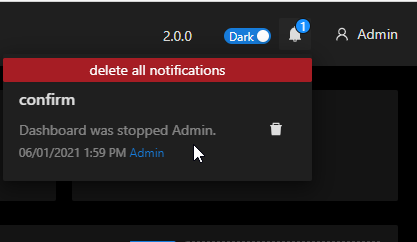 The Visual Studio Code extension and PowerShell Universal admin console can now be paired without having to do it manually. You can click a button in the admin console and VS Code will open and configure itself for your PSU instance. It’ll generate an app token and set the URL appropriately.

With the release of the integrated environment, we will also be publishing a Linux ARM built of PowerShell Universal. You’ll be able to run it on your favorite tiny computer. We’ve tested it on the latest Raspberry Pi Os. 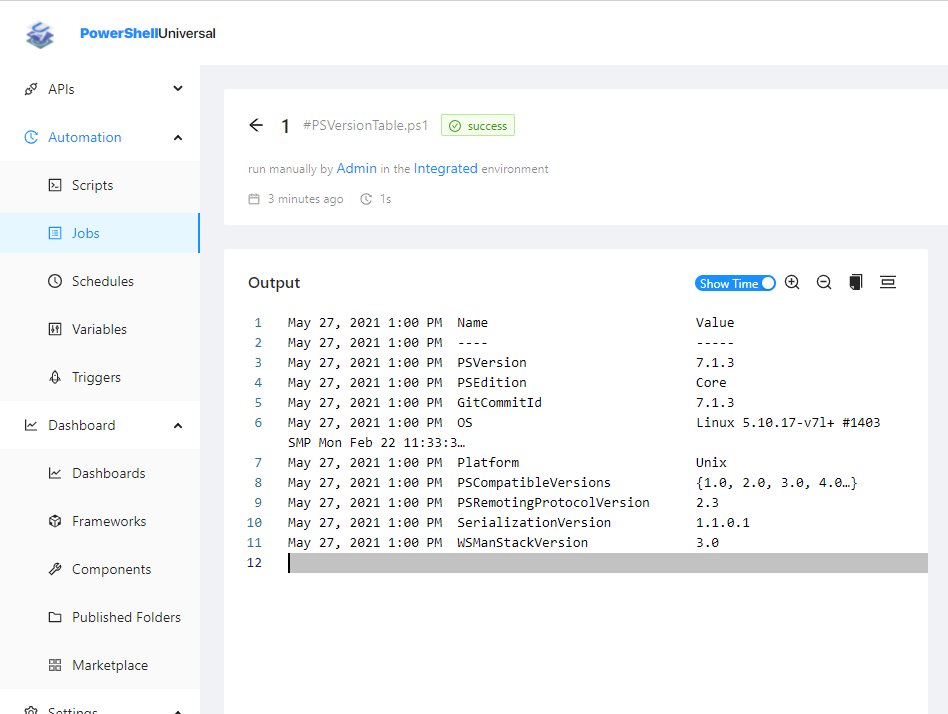 For much of the beta period for this release we had been planning on releasing it as 1.6. With such a large change to the UX of the admin console, we decided to bump the major version because it’s a big change. It also gave us the opportunity to revisit the default PSU configuration to simplify initial deployments.

We’ll be supporting 1.x versions for the next 6 months to allow you time to upgrade. We’ll continue to rollback bug fixes to 1.x during this time.

To get started with PowerShell Universal v2.0, download the latest version from our downloads page.